The Digital Divide: What it is and How it Impacts us

What is Digital Divide?

“Digital divide” refers to the gap between those who have access to ICTs and those who don’t. ICTs are information and communication technologies that drive access to knowledge.
While the term “digital divide” came into play in the mid 1990’s, it is still a hot button public policy debate. Above all since it touches on social, political and economic issues.

Check out the infographic below to learn more.

Want to use this Digital Divide infographic on your site? Just use the code below!

Where does the Digital Divide exist?

So why does the Digital Divide exist? Well, many low income students do not have the ability to a desktop or laptop. Or, they can get the technology but cannot afford Internet (let alone high speed). 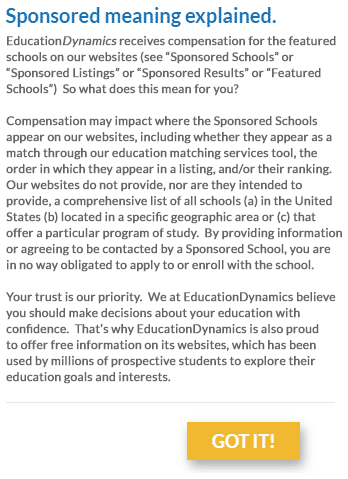 Virtual schools are widening the Digital Divide as you need both technology and Internet to enroll. One result is what is called a “homework gap”. This is the gap between school-age children who have access to high-speed internet at home and those who don’t.

Pew Research Data from 2018 shows that almost 1 in 5 school age children face this issue. And some are more likely than others to face digital hurdles when they try to do their homework. Not completing homework may then lead to poorer grades. Teachers say this this may also lead to delinquency.

How does COVID-19 impact the Digital Divide?

COVID-19 impacts the Digital Divide as it mandates schools deliver courses online. Without reliable access to virtual classrooms, many students cannot take part in remote lessons etc. This means the homework gap is worse. As schools close, they shift to web instruction. Unfortunately, cable or DSL internet is not available for some students who live in more rural areas.

According to the Federal Communications Commission (FCC), at least 25 million people do not have broadband. And out of this group, 19 million live in rural areas. And, those who do have data plans may not be able to afford the extra cost that goes with all the usage. An average plan likely won’t cover a whole school day, plus homework, plus social media time etc.

How are students overcoming the problem?

To overcome this problem is a huge challenge. Some charities and schools are lending or giving out laptops and tablets. And some principals are trying to find hotspots that people who don’t have Internet can use. Some students also for their smart phones. Then if their family has a hotspot, use that.

There are also stories of students who drive to a parking lot near a library to use their public WIFI. Yet not all students can even do this. So, some schools send packets of materials to students or DVDs. Then the parents take a picture of a completed assignment and email it to the teachers.

How does the Digital Divide affect people?

One impact of the Digital Divide is that it limits opportunity to those with restricted access to IT. Residents without internet may struggle to access government services, locate public amenities, telework, or turn in their homework. According to Pew Research data, higher income Americans do not face such limits. They are more likely to have many devices that enable them to go online. About two-thirds (64%) have home broadband / Internet, a smartphone, a desktop or laptop computer and a tablet.

On the other side of the divide, only 18% of those living in lower-income households have this kind of access. As a result, many Americans who earn less than $30,000 rely on smartphones for things like job search. Another impact of the divide is that it may leave people without a way to build key computer skills. In 40 out of 84 countries for which data are available, less than half the population has basic computer skills. For instance, they don’t know how to such as copy a file or send an e‑mail with an attachment.

How could the Digital Divide be bridged?

One way to bridge the Digital Divide is through Digital Inclusion which sets up Smart Cities. In spite of how complex the issues, some Smart Cities are trying to ensure access through infrastructure. Some are making an effort to set up public Wi-Fi networks. And other cities are finding innovative ways to get internet coverage to those who lack assess.

One example launched by G3ict and World Enabled is the Smart Cities for All initiative. It was set up to define the state of ICT accessibility in Smart Cities worldwide. The goal of their plan is to eliminate the digital divide for the elderly and persons with disabilities in Smart Cities around the world. To do this, they are partnering with leading organizations and companies. Then, working to create and deploy the tools and tactics needed to build more inclusive Smart Cities.

Google sister company, Sidewalk Labs is also trying to come up with a solution, albeit for those who can afford it. Their plan is to build a tech loaded community called Quayside on the waterfront in Toronto, Canada. In Quayside, they plan to embed all sorts of sensors everywhere they can. As a result, there will be a constant stream of data about many things. Like traffic flow, noise levels, air quality, energy usage, travel patterns, and waste output.

This type of community shows that smart tech sensors can be useful. Cityblock, another spinoff of Sidewalk Labs is focusing on low income communities with serious health problems. Their vision includes an option for members to join a “neighborhood health hub.”

Has there been any government support to bridge the divide?

Advocates and government workers in the broadband and digital equity space report a renewed interest in bridging the divide. One of the reasons is that COVID-19 highlights the unequal access to IT that has long existed. It also shows us just how reliant on the Internet we are. Telehealth visits, for instance, are only available to those with access. So, many older adults and underserved communities are among the hardest hit. A state with a plan is Maine. Maine lawmakers recently approved a bond package with $15 million to expand broadband in the state.

But changes at the federal level are also called for. And one effort took place in a hearing in January 2020. It took place within the Subcommittee on Communications and Technology of the Committee on Energy and Commerce. They dubbed it the “Empowering and Connecting Communities through Digital Equity and Internet Adoption.”

The hearing focused on broadband. Broadband is neither a utility nor regulated in the same way the government does utilities like phone service. As a result, private companies not linked with public interest may want the divide to grow, not shrink.

This is an offer for educational opportunities, not an offer for nor a guarantee of employment. Students should consult with a representative from the school they select to learn more about career opportunities in that field. Program outcomes vary according to each institution’s specific program curriculum. Financial aid may be available to those who qualify. The financial aid information on this site is for informational and research purposes only and is not an assurance of financial aid.

1 You must apply for a new loan each school year. This approval percentage is based on students with a Sallie Mae undergraduate loan in the 2018/19 school year who were approved when they returned in 2019/20. It does not include the denied applications of students who were ultimately approved in 2019/20.

2 This promotional benefit is provided at no cost to borrowers with new loans that disburse between May 1, 2021 and April 30, 2022. Borrowers are not eligible to activate the benefit until July 1, 2021. Borrowers who reside in, attend school in, or borrow for a student attending school in Maine are not eligible for this benefit. Chegg Study® offers expert Q&A where students can submit up to 20 questions per month. No cash value. Terms and Conditions apply. Please visit http://www.chegg.com/legal/smtermsandconditions for complete details. This offer expires one year after issuance.

7 million undergraduate and graduate students were enrolled in some form of online education in 2019!*

EducationDynamics receives compensation for the featured schools on our websites (see “Sponsored Schools” or “Sponsored Listings” or “Sponsored Results”). So what does this mean for you? Compensation may impact where the Sponsored Schools appear on our websites, including whether they appear as a match through our education matching services tool, the order in which they appear in a listing, and/or their ranking. Our websites do not provide, nor are they intended to provide, a comprehensive list of all schools (a) in the United States (b) located in a specific geographic area or (c) that offer a particular program of study. By providing information or agreeing to be contacted by a Sponsored School, you are in no way obligated to apply to or enroll with the school. Your trust is our priority. We at EducationDynamics believe you should make decisions about your education with confidence. that’s why EducationDynamicsis also proud to offer free information on its websites, which has been used by millions of prospective students to explore their education goals and interests.